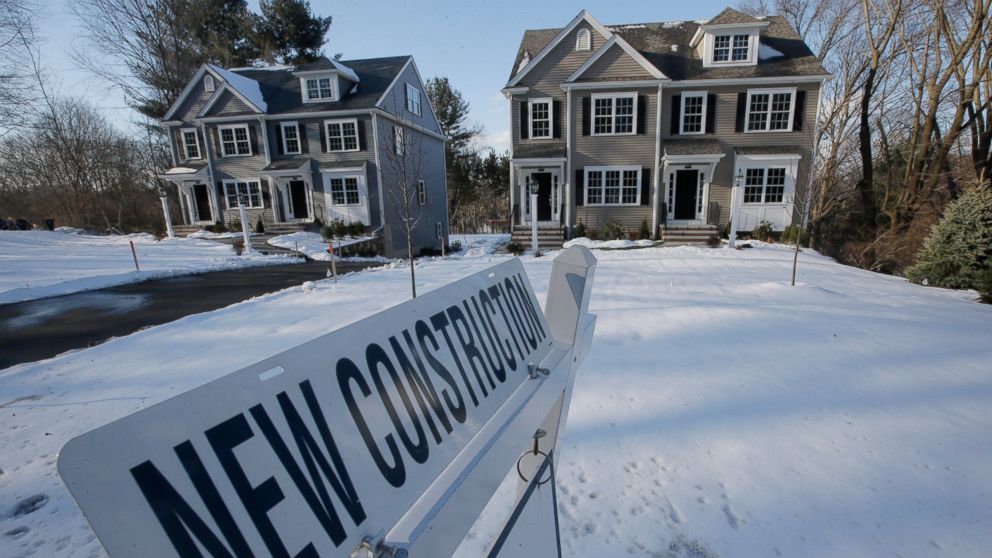 (The Associated Press) In this Thursday, Feb. 21, 2019 photo a newly constructed homes sit near a sign, in Natick, Mass. On Friday, March 8, the Commerce Department reports on U.S. home construction in January.(AP Photo/Steven Senne)

U.S. housing starts jumped 18.6 percent in January, as builders ramped up construction of single-family houses to the fastest pace in eight months.

The rebound after December’s plunge fueled optimism among economists that new-home sales will improve in 2019. The low 3.8 percent unemployment rate has provided a stable economy that has increased interest from would-be buyers, but affordability challenges from high prices and tight inventories have restricted sales. Analysts see the possibility for new construction to ease these pressures and increase sales.

“Given the underlying strength in overall housing demand, slow and steady growth in new supply will support a modest increase in sales,” said Mike Fratantoni, chief economist for the Mortgage Bankers Association.

The housing market was hurt for much of 2018 by rising mortgage rates, which made it costlier to purchase a home. But average rates have declined since early November and the average 30-year rate was 4.41 percent this week, providing a possible boost for home buying this year.

Matthew Speakman, an economic analyst for the real estate company Zillow, said that housing might still look sluggish over the next few months, but the construction gains suggest that the outlook will eventually brighten.

“I was a difficult end to 2018, but builders appear primed for better days ahead,” Speakman said.

Most of the new construction came from single-family houses, which were being built at the strongest rate since May 2018. Still, overall housing starts in January were slightly below the 2018 total of 1.24 million as the pace of apartment construction slowed.

Permits for construction, an indicator of future activity, improved 1.4 percent to a seasonally adjusted rate of 1.35 million. The permits suggest additional apartment construction in the coming months, as that segmented accounted for the gains. Single-family permits fell 2.1 percent in January to an annual rate of 812,000.